Creating better ways for the traveler 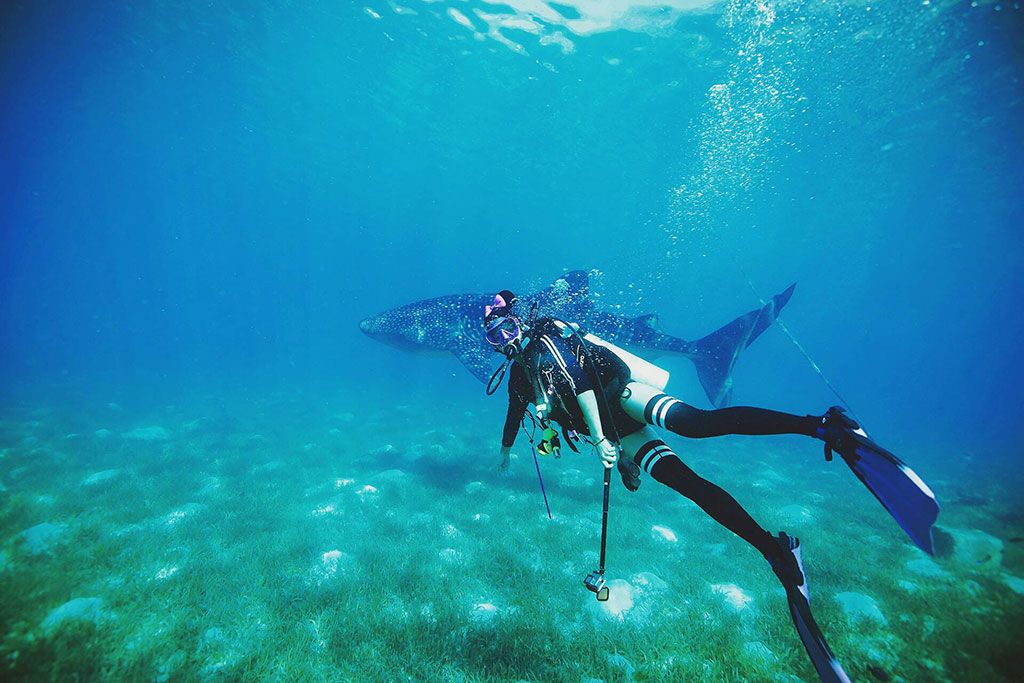 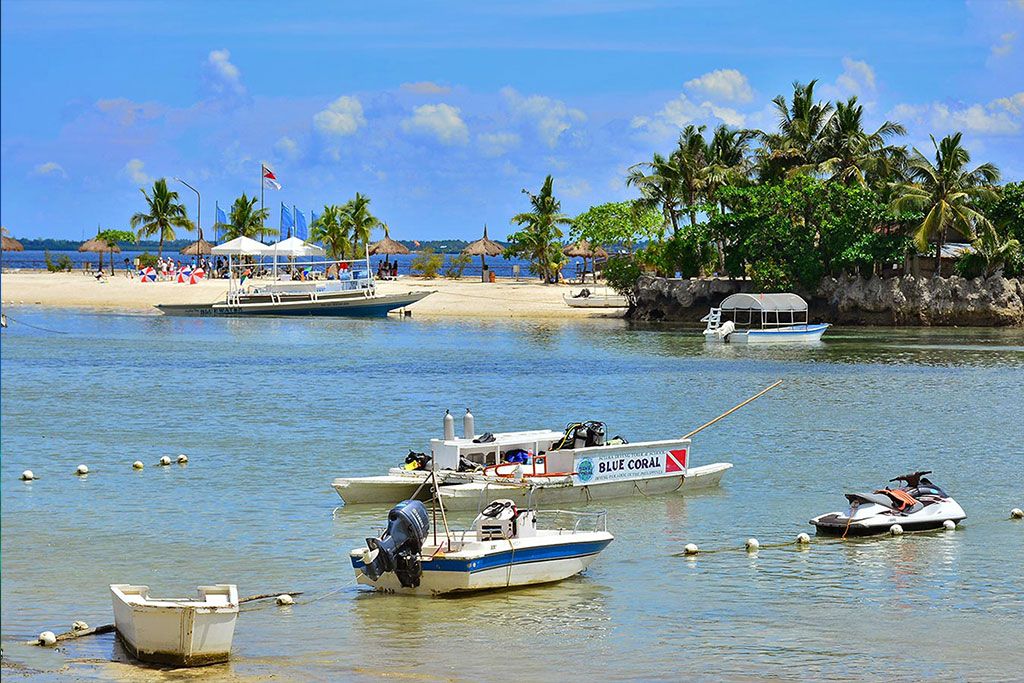 Mactan or Maktan is a densely populated island located a few kilometres (~1 mile) from Cebu Island in the Philippines. The island is part of Cebu Province and it is divided into Lapu-Lapu City and the municipality of Cordova. The island is separated from Cebu by the Mactan Channel which is crossed by two bridges: the Marcelo Fernan Bridge and the Mactan-Mandaue Bridge. The island covers some 65 square kilometres (25 sq mi) and is home to some 470,000 people, making it the nation’s most densely populated island. Along with Olango Island Group, the isles are administered as 1 city and a municipality covering 75.25 square kilometres (29.05 sq mi). 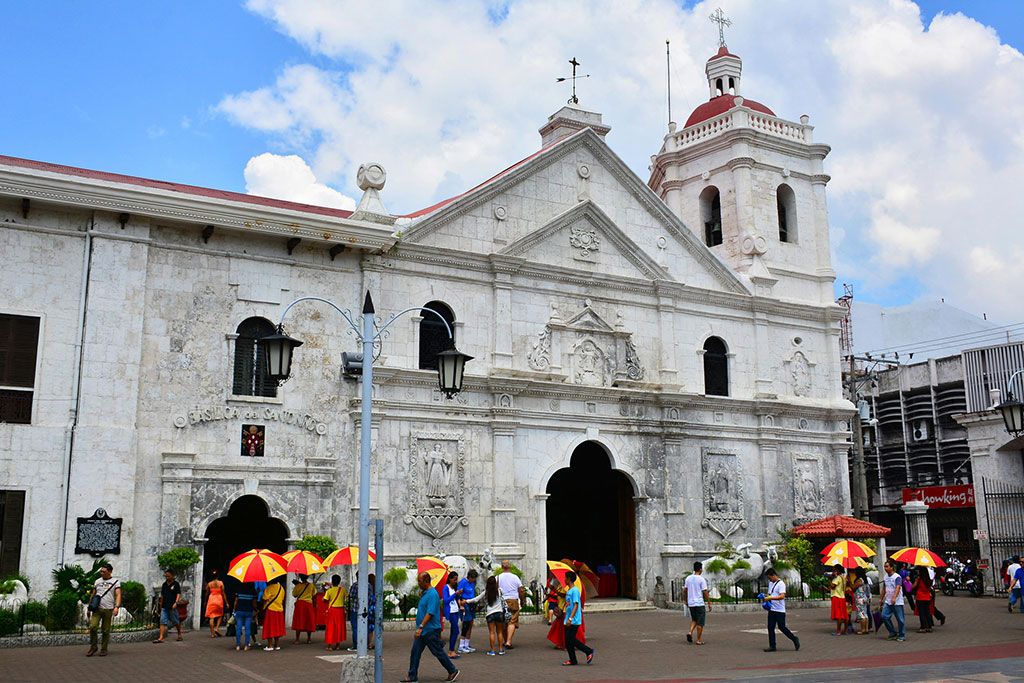 The Basilica Minore del Santo Niño de Cebú (English: Minor Basilica of the Holy Child of Cebú) commonly known as the Santo Niño Basilica, is a minor basilica in Cebu City in the Philippines that was founded in 1565 by Frays Andrés de Urdaneta, O.S.A. and Diego de Herrera, O.S.A.. The oldest Roman Catholic church in the country, it is built on the spot where the image of the Santo Niño de Cebú was found during the expedition of Miguel López de Legazpi. The icon, a statue of the Child Jesus, is the same one presented by Ferdinand Magellan to the chief consort of Rajah Humabon upon the royal couple’s christening on April 14, 1521. It was found by a soldier forty years later, preserved in a wooden box, after Legazpi had razed a local village. When Pope Paul VI made the church a basilica in 1965, he said it is the symbol of the birth and growth of Christianity in the Philippines. 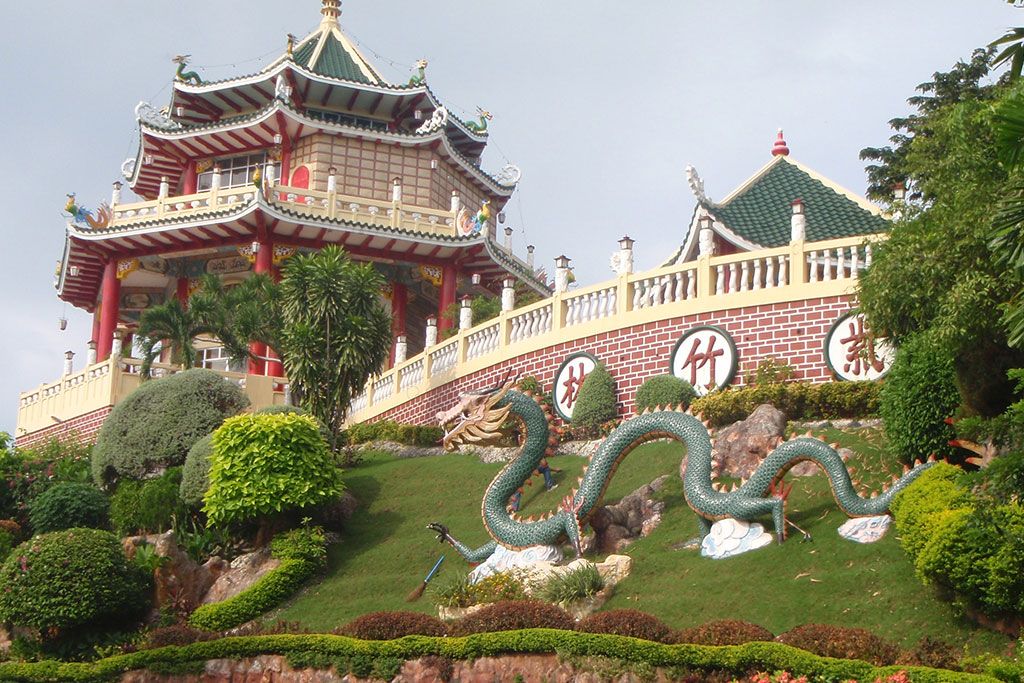 Cebu Taoist Temple is a Taoist temple located in Beverly Hills Subdivision of Cebu City, Philippines The temple was built by Cebu’s substantial Chinese community in 1972.  With an elevation of 300 metres (980 ft) above sea level, the temple is a towering, multi-tiered, multi-hued attraction accessible by three separate winding routes.

The temple is the center of worship for Taoism, the religion which follows the teachings of the ancient Chinese philosopher, Lao Zi. Another ritual among Taoist devotees, which is done during Wednesdays and Sundays, is the climbing of its 81 steps (representing the 81 chapters of Taoism scriptures) to light joss sticks and have their fortune read by the monks. 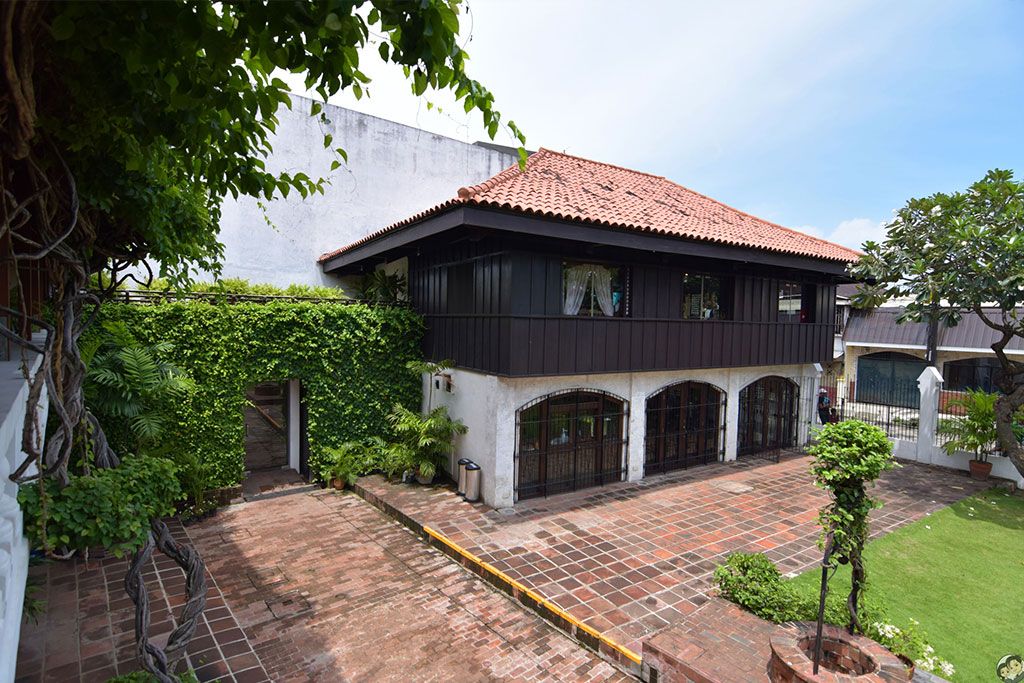 Built in the 1850s, this former residence of Juan Gorordo offers guided tours, a cafe, & a gift shop.

The Casa Gorordo Museum was originally a house built in the mid-19th century by Alejandro Reynes Y Rosales and bought by Juan Isidro de Gorordo, a Spanish merchant, in 1863. Four generations of the Gorordo family lived in this house, including Juan Gorordo, the first Filipino bishop of Cebu in 1910-1932. Acquired in 1980 by the Ramon Aboitiz Foundation, Inc. the house was restored and later opened as public museum. The Casa Gorordo Museum has been declared a national historical landmark by virtue of national historical institute board resolution no. 4 dated September 24, 1991. 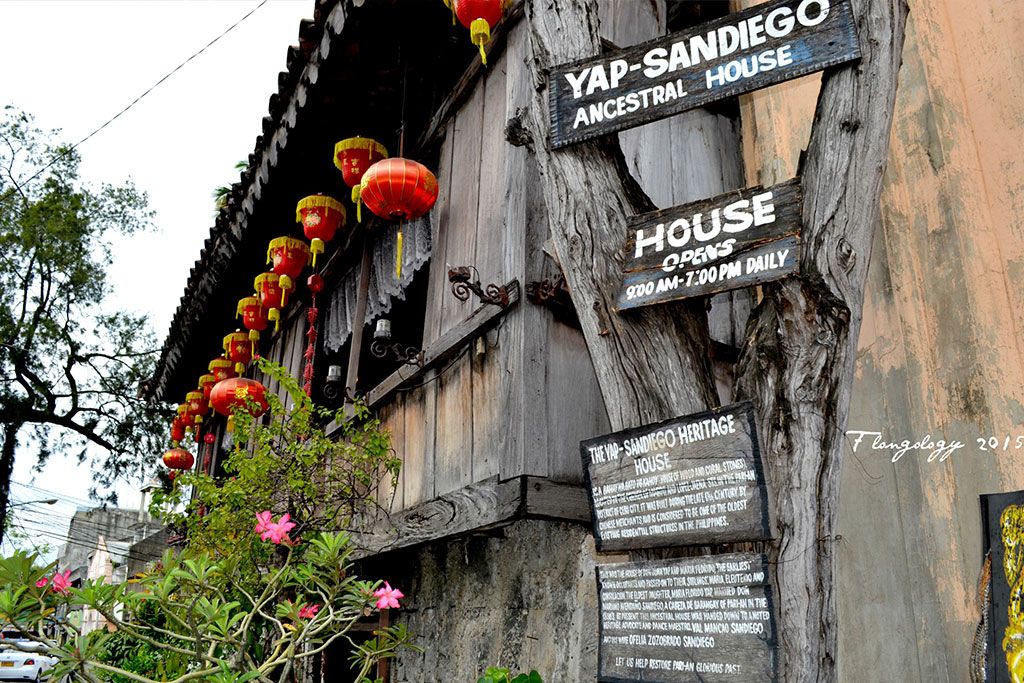 The Yap-Sandiego Ancestral House is located at 155-Lopez Jaena corner Mabini Street, Parian District in Cebu, Philippines. It is just a few steps away from the Parian Monument which is also known as Heritage of Cebu Monument and meters away from Colon Street, the oldest street in the Philippines. Considered to be one of the oldest residential houses in the Philippines, the Yap-Sandiego Ancestral House was built sometime between 1675 and 1700. It was originally owned by a Chinese merchant named Don Juan Yap and his wife, Doña Maria Florido. They had 3 children, namely, Maria, Eleuterio, and Consolacion Yap. 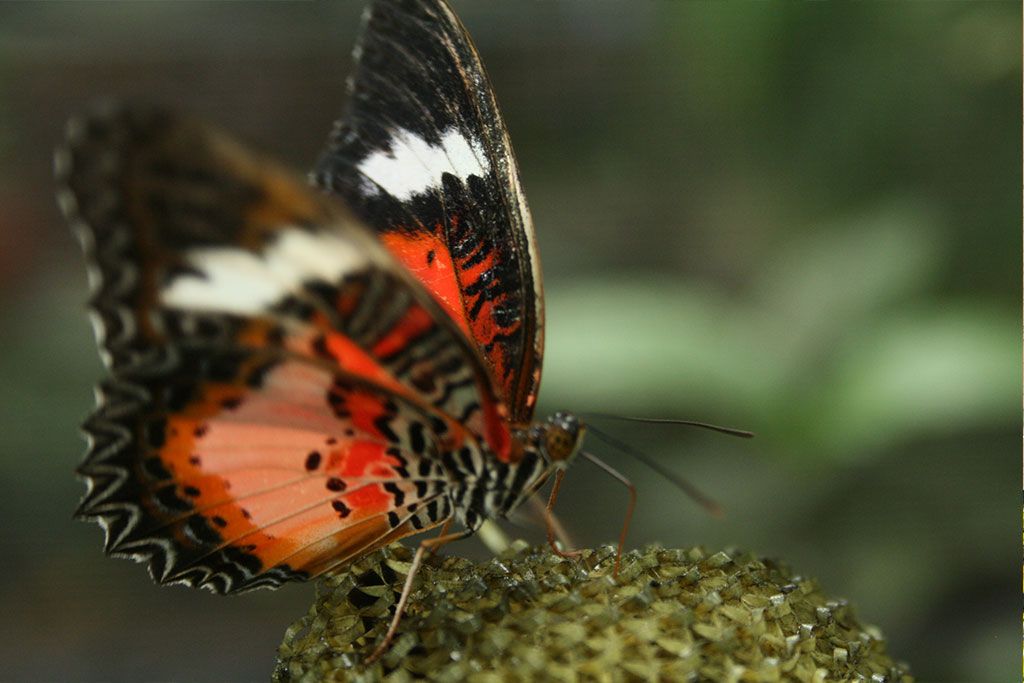 The Jumalon Butterfly Sanctuary, Mini-museum, and Art Gallery is the brainchild of Prof. Julian N. Jumalon, a Cebuano Fine Arts Graduate of the University of the Philippines, Manila. The Butterfly Sanctuary includes the breeding of the butterflies of Cebu which had been opened to the public since 1974, where people could view the life-cycles of native butterflies.

Temple of Leah: A Tribute of Love 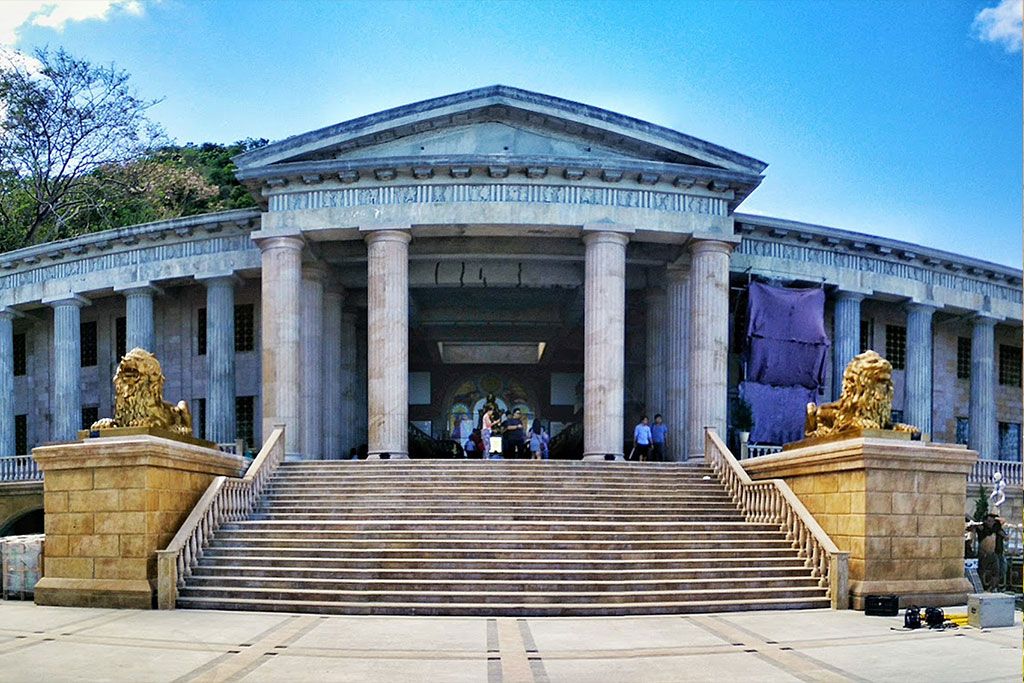 The Temple is an edifice of Roman architecture and Greek methodology inspired as you can see from the sculptures, columns, and high pillars. People who visited the place felt that they stepped into ancient Rome.

As you entered the Temple you would be greeted by a gigantic lions lying on each side of the stairs that will guide you to the door step where you can see a staircase with angels made up of brass and the Queen of the Temple in a 10-ft statue with crown and flower. 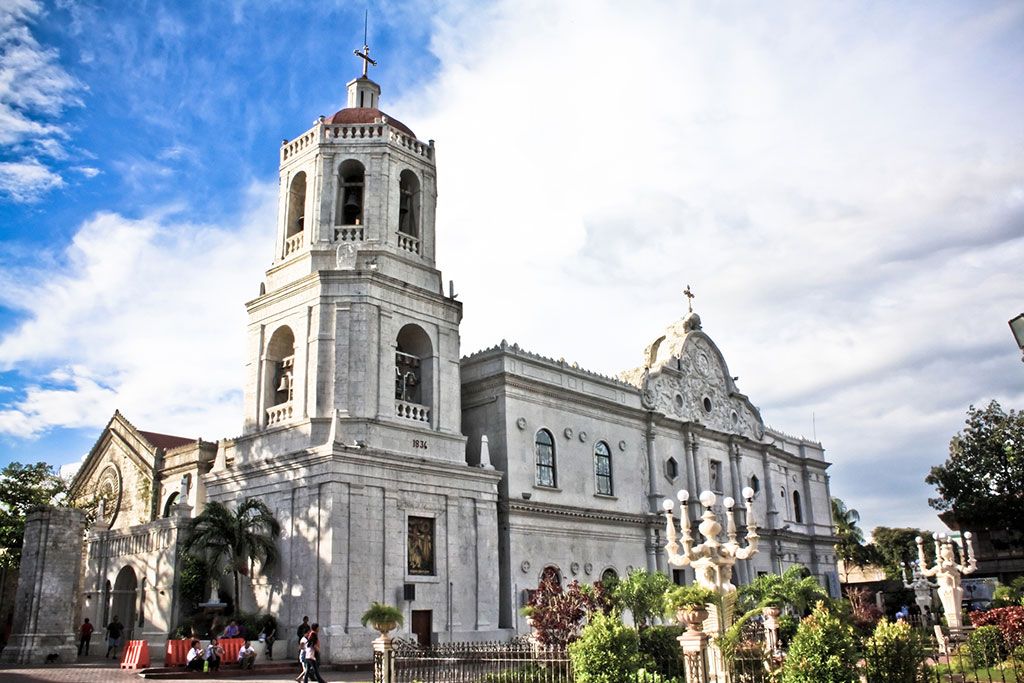